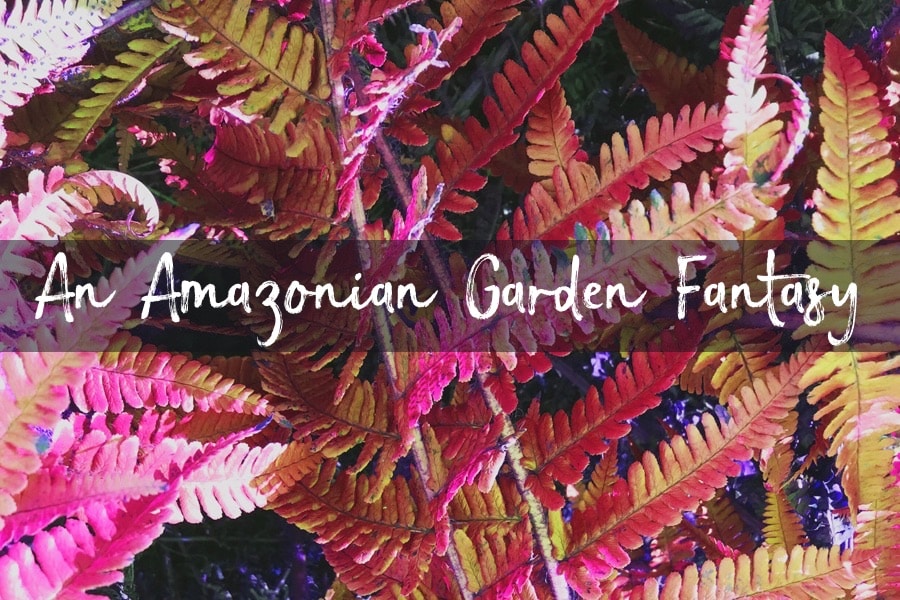 This year for my birthday, I got a beautiful book, ‘The Cabaret of Plants – Botany and the Imagination’ by Richard Mabey – how great a title is that? Now it has to be said that I do actually judge a book by its cover which is why I’ve never converted to ebooks or kindle reading. I love the look and feel of a beautifully designed cover and the anticipation it creates. This was the first thing I noticed about this book. It’s cover actually feels like the velvety smooth leaf of some kind of tropical plant, a living, breathing surface – I had to make a conscious effort to stop stroking it and start to read it!

In a nutshell, it’s about encounters between plants and people through the ages and weaves a bit of science, art, poetry and cultural history into the mix. What more could one ask for? I’ve only read the intro pages so far but already I know it’s going to be a winner. It focuses on the botany ‘cult’ of the nineteenth century. It’s an era I have always found fascinating and so inspiring both for art and interior styling. I love the boldness and eccentricity of that period between 1800’s and early 1900’s when people had a genuine sense of wonder about the natural world, a hunger to visit far away places and discover new species and cultures.  It talks about how it became a social trend to throw alcohol fuelled parties just to introduce the latest ‘freak’ discovery in the plant world. People travelled thousands of miles to come and witness the ‘awesome powers’ of plants and saw them as the next big thing ( suppose you could equate it to an Apple product launch)

You can find the most beautiful drawings, watercolours and photographs from this era of the things they saw and sometimes brought back with them. People had an adventurous outlook on life and this was reflected in the fantastical buildings, interiors and gardens they designed. Its that idea of taking something out of context and placing it somewhere unexpected that excites me – a bit like an early version of the eclectic look!

The book made me think of an artwork I saw a few years ago by Nathan Coley, (a Scottish artist that I’ve mentioned before on this blog) that was inspired by the eighteenth century writer and philosopher Voltaire. ‘We Must Cultivate Our Garden’ – the words were lit up in bright green carnival style lights bulbs (before these became a bit on trend). It was a powerful statement that has stayed with me since – the underlying message being that the word ’garden’ can taken in different ways, it could be symbolic of our mind, relationships, children, home or literally a patch of land – that if we nurture these things it will bring us happiness.

After last summer’s overenthusiastic weeding and ousting of unwanted ‘fossilised’ shrubs, our own little Eden is looking a bit sulky and bald ( I’ll spare you the pictures)and in need of some serious TLC . However I’ve taken those illuminated green words to heart and decided that it is up to us to nurture this little garden and hopefully gain an increased sense of wellbeing from doing so!

I’m fantasising about applying some of that nineteenth century flamboyance (bear with me) by playing with scale, light, shade and viewpoints as I would with an interior space – I want to create a bit of botanical theatre on our little patch!  I’m thinking micro landscapes created with mosses and tiny leafed specimens alongside giant Amazonian-like plants (large leaf sculptural varieties that like shade and can survive a Scottish winter, we even have a Scottish Bamboo supplier up this way! ). Little nooks with scented flowers and shrubs and breakout views with a few unexpected objects of art dotted here and there.  It will of course have an element of luxury ( possibly in the form of a studio, lovely seating and lighting) and it should be the kind of garden where we can sit around a small fire pit and sip small batch gin pretending to be those crazy nineteenth century botanists – I can’t wait!

Being the novice gardener that I am, it’ll be a steep learning curve.  I’ll be posting on this topic every so often and using  my Pinterest board  for inspiration. Please join me on this crazy horticultural venture, I’d love to hear your ideas and especially see pics of your fantasy gardens – lets have some fun!