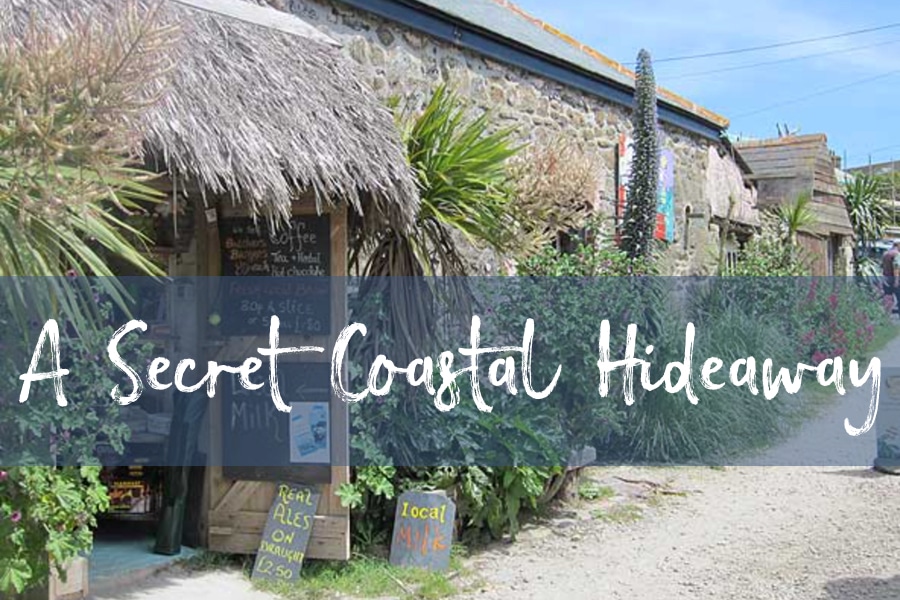 Now that everyone’s in a hurry to plan their Easter holidays, can I ask a question -do you know Henry’s? Well if you do you’re in on the secret and if you don’t, well I’m going to share the secret. It’s a tale of a special place, run by special people for you to have a special holiday experience – these are creative spirits, natives of a different sort of place and you’ll find them …..in the middle of nowhere.  In our minds that’s were we were headed as we trundled along the coastal road to Henry’s disappearing into what seemed like the horizon itself.

The place? Well it’s way down there, down in The Lizard – said with curly cornish accent. It’s a unique finger of land that creeps out on all fours from the edge of the Cornish coast (you guessed it, like a lizard)  into the turbulent spot where the Atlantic ocean meets the English channel and this meeting of land and sea creates a unique, balmy sub-tropical climate. Maybe it’s the extra few degrees of heat but people down The Lizard seem more chilled out, there’s a definite bohemian vibe and a relaxed friendly attitude. The place has all the romance of hidden pirate coves and wild tales from the sea.

Henry’s is a campsite, but it’s an extra special one. We stumbled upon it several years ago during the Easter holidays and although we could only get in for two nights, the memory has stayed with us ever since. It’s probably solely responsible for us now owning a campervan (we hired one on that first trip from O’ Connor’s campers in Devon to see if I could cope with ‘van’ living) and still at this age, sneaking off by moonlight for impromptu escapes from the city to our favourite secret places albeit in Scotland.

Henry’s is family run although still not sure who Henry actually is. It’s been developed with a free and creative approach and is really more like a whimsical tropical garden than a campsite with lots of amazonian looking plants and rare wildlife due to its unusual micro climate.

A lot of hard work has gone into turning what is quite a small piece of land into a well designed site that looks as though it’s been there forever. It has really characterful pitches that have been shaped around the topography rather than mowed into a sterile grid. Some are little nooks where you can pitch a tent beside a palm tree and a low wall and others are slightly larger and more open where you can tuck your campervan in beside a hedge and still have room to sit outside under the stars. It’s not really for motor homes or those giant tents that sleep a small village but it has lots of cosy pitches each with both privacy and ambience.

The owners serve fresh hot coffee and free range eggs in the mornings over a half stable door and for relaxing in the evenings you can buy home made cider in jugs or local craft beer. They even sell logs for adding to the spectacular communal fire pit that they’ve constructed. Communal fire pit? If you’re thinking it’s beginning to sound a bit hippy dippy- happy clappy, you’d only be partly right. Yes there’s a caring is sharing vibe here from the borrow-a-book ‘library’ ( read: couple of shelves in the ramshackle washroom) to the join in on the singing and live music at the fire pit – but only if you want to. But to label it in any way would be missing the point completely.

The campsite website might confirm your suspicions ( which is why I’ve left that until the end) but stay with it, I actually think it’s a ploy to keep the masses away. I found the brightly coloured handpainted murals and motifs quite intriguing with almost an Australian tribal crossed with eccentric fisherman feel to them and for me they said more about what the campsite wasn’t than what it was. We discovered people from all sorts of backgrounds there, some had discreetly shed their suits on the drive from inner London and others were curious wanderers from across the waters and their families. It’s about escaping the metaphorical box and yes letting the spirit run free a bit but what’s wrong with that? Best of all there are no big rule boards of the uptight variety but just enough friendly guidelines to ensure everyone’s stay is comfortable, clean and respectful. The pitches are immaculate yet natural and there is no sense of camper competitiveness ( you know who you are)

Other than the fact you’re within walking distance of lovely village shops selling fresh seafood and organic meat and veg with a great pub to top it off , you could be forgiven for thinking you were in a completely remote location. There’s no light pollution and only the sound of birds and the sea crashing against rocks at the base of the nearby cliffs.

It’s unusual for a campsite to cater for couple and kids but this one manages to do both. While the couples can enjoy long coastal walks followed by candlelit barbecues at their secluded pitches,  kids have a treasure trail of hidden wooden playhouses and quirky carved sculptures nestled in amongst the plants to play on. A little wooden bridge leads over to a secret path where a motley crew of animals roam including a large pig, a family of ducks, a goat, chickens and ….alpacas. The kids when we were there played outside all day, joined in a bit of fun in the early evenings and then not a peep could be heard from them the rest of the evening or night – they went to bed tired and happy! 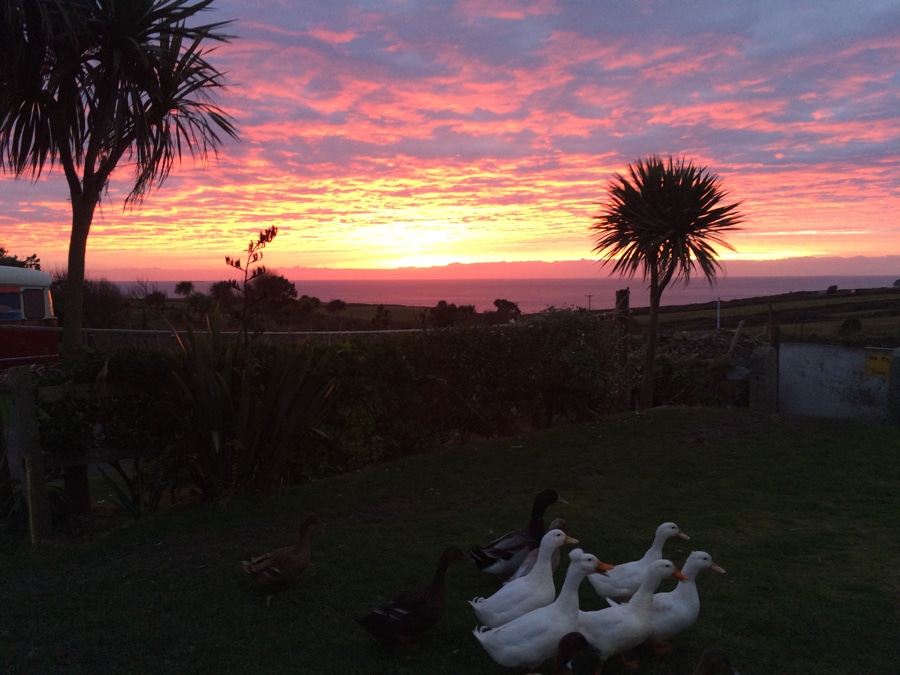 Henry’s won’t be for everyone –  if the idea of anything to do with camping fills you with horror then this is not for you but if someone like me who is not an ‘earth mother’ type and who on any given campervan trip takes flip flops for the shower, four rolls of kitchen roll for clearing up and three packets of sterile wipes for my hand washing OCD can manage to fall immediately in love with it then maybe you can too. If you’re willing to forego hotel-like facilities for a few days and just let go, this place is really quite magical and will stay with you for a long time if not forever.

This memory is timely because just the other day the lovely Abigail Ahern posted about a little cottage called ‘Siren’ in the same area of land that you’ll find Henry’s so there must be a little tribe of these special people creating special places for us to escape to.

Henry’s is in high demand so if you fancy a short holiday in a tropical British location, book well in advance. If you don’t get in first try you can always go knocking at Siren Cottage – a tad more luxurious and please let me know how your stay went because that’s one on the Lizard I’d love to visit.